Hewn from the black seams of the Northumbrian coalfields I was destined to be immersed in the blues and rock music of the late 60’s early 70’s. My first inclination was to be a drummer, however getting my hands on a drum kit was never going to happen. I was a late starter to guitar being 17 when Cliff first showed me some basic chords on the guitar. Eventually the idea of a Band was mooted and I migrated to bass as there were already two guitarists,  so I borrowed a Jedson bass and have never looked back as the move to bass seemed natural. This was also my first experience of playing in a Band with Cliff, but as the time went on the `band leader’ decided he wanted another bassist and I moved on, which turned out to be a positive experience as through that I joined The Rhythm Method which morphed into the Fabulous Road Runners following the tragic death of Clive, our singer. This is when I also met Jim Macara, which was the beginning of a long term friendship and musical collaboration as it was through Jim that I began playing in Alive & Kicking.

I have played in numerous other Bands as either a Dep or for short stints but never ventured far from my roots, and as far as musical experiences and venues I played everything between the Robin Adair, Scotswood, which had the ignominy of being one of the five roughest pubs on Tyneside to supporting Ian Dury and the Blockheads at Perth (Scotland) City Hall. I have also had the pleasure to grace the stage of Newcastle City Hall, which was my equivalent of playing at Wembley as well as about every music venue in the North East

My music listening and playing tastes evolved from rock / prog rock towards blues / jazz but I listen to everything and anything and have been a fan of Joni Mitchell since first hearing The Hissing of Summer Lawns whilst in Sixth Form. 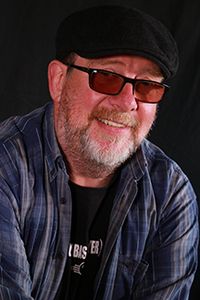 All Shine No Shoes

A Day in Helsinki

My Equipment of Choice -